CHENEY MAK, PsyD
Dr. Mak served 21 years as an FBI Special Agent working in the counterintelligence arena. He also holds a Doctorate in Clinical Forensic Psychology and for the past 10 years was a member of the Behavioral Analysis Unit working as a Profiler specializing in counterintelligence operations.  The combination of this skill set is extremely rare.

Cheney has forged a relationship with Southern California aerospace corporations and commercial businesses built on trust and confidentiality.  Cheney has been an investigative and informational resource to these companies.  He has provided numerous presentations surrounding the topics of securing classified material and proprietary information from being stolen by the trusted employee ("insider threat").

Cheney values education by serving as an adjunct instructor at the FBI Academy in Quantico, VA.  He was also a certified firearms/tactical instructor and a SWAT team member.

Cheney and his co-founder formed PreijersMak as an organization designed to protect a corporation’s bottom line by securing their proprietary information. 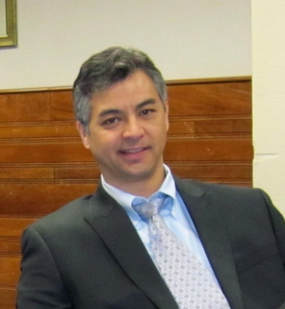 ROBERT D. PREIJERS, PsyD
Dr. Preijers served as a Special Agent for the Federal Bureau of Investigation for 20 years. During his career he was assigned to the Detroit Field Office and the Los Angeles Field Office. Prior to the FBI, Rob served as a Police Officer for the City of Gardena for 10 years. During his distinguished and decorated career, Rob gained an expertise in conducting criminal and national security investigations.

Rob spent nine years as a member of the Behavioral Analysis Unit (BAU) working as a profiler specializing in counterintelligence operations and criminal threats.

Rob served as the outreach/liaison officer for the FBI with public and private entities considered key stakeholders in our country’s defense industry, research community, high technology development and critical national infrastructures. Rob built trusting relationships with the key executives of these business and academic partners, which resulted in enhancing their understanding of the threat posed to their programs and personnel by foreign intelligence services and foreign competitors.

Rob also served as an operator/sniper for the FBI’s Detroit and Los Angeles Special Weapons and Tactics teams.